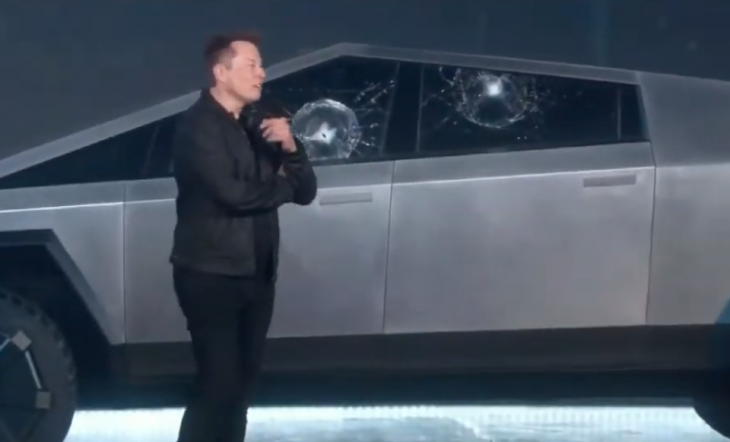 Have you ever heard a major public company CEO say OMFG on-stage?

Tesla’s futuristic new Cybertruck has armored glass windows that founder Elon Musk referred to as “transparent metal” during tonight’s reveal. Unfortunately, it’s not as tough as Musk thought it would be, and the vehicle’s glass was smashed after being hit with a large steel ball bearing during a demo.

Which meant that Musk had to do the rest of the Cybertruck reveal with a damaged truck behind him.

“It didn’t go through. That’s the plus side,” said Musk after an assistant smashed the windows.

Get the full story in my post at Forbes …