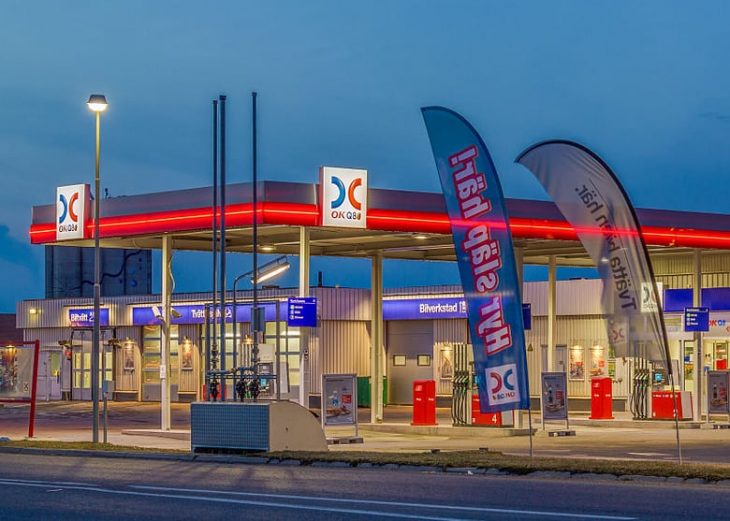 This is chapter 15 of Insights from the Future, a book I’m writing about technology, innovation, and people … from the perspective of the future. Subscribe to my newsletter mailing list to keep in touch and get notified when the book publishes.

The global glut of gasoline and other petroleum-based products has hit Sweden.

The country’s last gas station closed the doors for the last time, since gasoline is now too cheap to earn a profit on, according to Sigrid Jonson.

“We just can’t make any money any more,” Jonson says. “With real estate prices and salaries the way they are, it makes more sense for me to sell the land as part of a package for a new condo unit.”

The global depression in pricing is temporary, economists say, until production drops to meet modern requirements, which are only a tenth of peak global demand in 2019.

But that leaves some people in the lurch.

27 people who still own cars with internal combustion engines protested with signs and chants as Jonson closed her OK-Q8 gas station for the last time.

“Where will I get my gas now? There’s nothing left,” one yelled. “Electric cars can charge up anywhere, but we need gas stations.”

Sweden, like other industrialized nations, has been losing gas stations for over a decade. With the rapid global transition to electric vehicles, almost half of all gas stations worldwide have been shuttered.

Still, diehard “gas monkeys” are clinging to classic cars and some of the latest crop of internal combustion engines.

There is hope for these people, and it’s not just getting new electric vehicles, as about 10 counter-protestors shouted at them.

“We might start one of those mobile gas services,” Jonson said. “The truck drives itself to get filled, drives to where a customer needs fuel, and fills up their tank. Pumps up their tires too, if they need it.”

Still, the price of that service is much higher.

And, revealingly, even that mobile gas and service truck is … powered by electricity.

Greta Thunberg, Swedish prime minister, had no comment. But Sweden is now running around 97% on sustainable, renewable energy sources — even in the cold Scandinavian winters.