Dear Abby: My Boyfriend Is A Robot 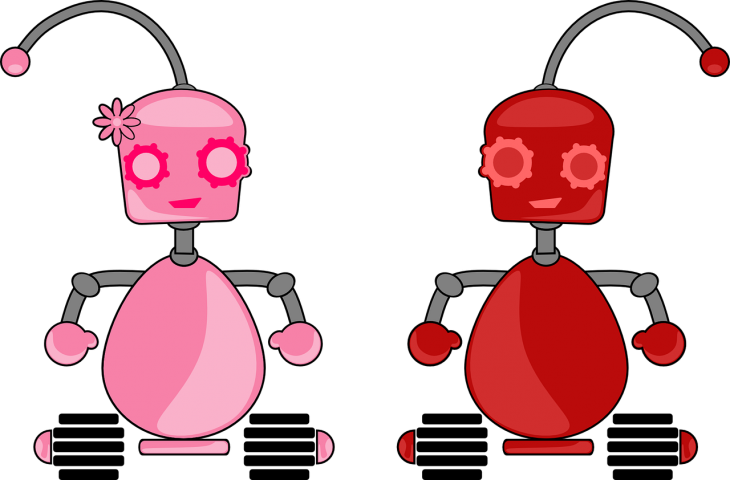 This is the eighth chapter of Insights from the Future. This is a book I’m writing about technology, innovation, and people … from the perspective of the future. Subscribe to my newsletter mailing list to keep in touch and get notified when the book publishes.

I really don’t know what to do.

I’ve been having a long-distance relationship with a guy from Wisconsin for almost a year. We didn’t often video chat because he lives in a very rural location with extremely slow internet, so it was mostly text and audio.

Unfortunately, I recently discovered the audio was a complete lie.

Last week, my boyfriend’s voice completely changed! I was super-confused, but he acted like nothing had changed. When I kept asking why, he finally confessed: it was due to a Google Duplex update.

Apparently he’s really really shy, and never talked to a girl that he wasn’t related to before me. So he used Google Duplex, which sounds incredibly human, to type what he wanted to say to me, and Google Duplex said it in real time. Apparently Google uses artificial intelligence to create super-realistic human voices. I never had any clue it was fake.

It was so wonderful at first … he was so romantic, and said things just like I imagined lovers should.

But he could never come out to see me, and it was never the right time for me to visit, and it turns out that it was all a lie. I still don’t even know what his real voice actually sounds like.

Last week Google updated its voices, and all of a sudden my boyfriend’s “voice” changed. It got deeper and added a slight accent.

I’m not sure what to do. He’s begging me for a second chance, but I feel so betrayed. And I wonder why he couldn’t tell me months and months ago.

What should I do? Thanks for any advice you have!