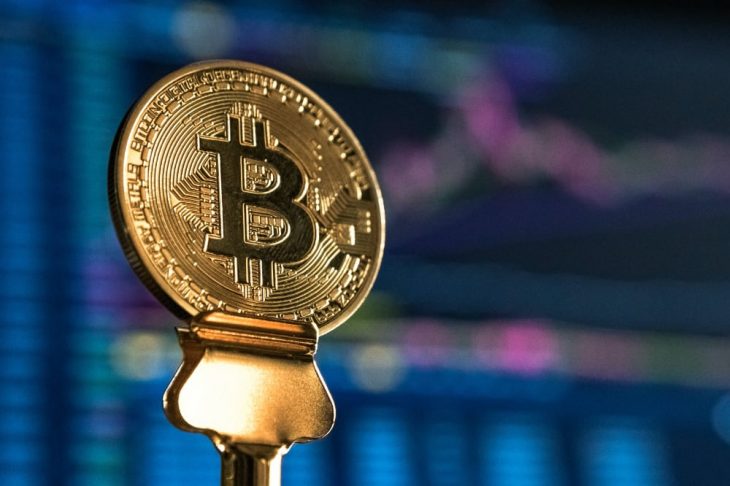 This is the second chapter of Insights from the Future. This is a book I’m writing about technology, innovation, and people … from the perspective of the future. Subscribe to my newsletter mailing list to keep in touch and get notified when the book publishes. Previously published at Inc.

Rochester, NY resident Joseph Black is liquidating his mansion and collection of antique 2000s-era internal combustion cars after a houseguest accidentally purchased no fewer than 160 Bitcoin, worth over $25 million at time of purchase.

His guest blames incompatible gesture languages for the massive miscue.

“I was just trying to switch the walls from ‘White Andes’ which is awesome and all, but a little boring when you want to party, to Hawaiian Sands,” explains Becky Franklin, 18 years of age. “But Joey is on New Millennium, and I’m on Android Ambient.”

To make matters worse, both languages are extremely extensible.

Black, a currency speculator by trade and self-professed “nerd 2.0,” has built a whole range of gesture customizations that enable him to track, manage, buy, and sell global cryptocurrencies as well as stocks.

“I can basically do my entire job from my zero-gravity chair,” Black told me this morning. “It’s pretty sweet.”

Not quite as sweet, perhaps, is that the extended index finger roll, with elbow bent, is the Android Ambient gesture to switch wall screens to the next scene.

But in Mr. Black’s customization of Baidu New Millennium, that’s precisely the gesture to start trading.

Adding insult to injury, when Ms. Franklin didn’t get the desired surf-and-sand results from the home’s customizable floor-to-ceiling house-wide screens, she made the repeat gesture, assuming the system was confused.

“The only problem was, that was Joey’s selection signal for one of the cryptos that he buys and sells: Bitcoin,” Franklin says. “Then, when I tried my usual back gesture, I accidentally confirmed the purchase. When I repeated the gesture, trying to get the system to re-set, all it did was buy more.”
The buy was expensive — Bitcoin is currently trading around $150,000 U.S. — but that wasn’t the worst part.

Thanks to global instability caused by California’s impending secession from the so-called “middle states,” Bitcoin traders have experienced pricing volatility not seen since the early days in 2018. That means wild swings in valuation of $40,000 or more. And since Black was not only out of town but on a two-hour “digital detox” session in the famous GoPaleo resort in L.A., he didn’t get notified by his automated systems that he was down almost $6.5 million on the trade within the hour.

While the seminal cryptocurrency may recover, that could take months or even years.

“There’s really nothing we can do,” Coinrex PR director Gina Torrance told me when I contacted the company. “Margins have to be covered … otherwise we’re out the difference.”

Neither Baidu nor AlphaGoogle, which makes Android Ambient, are willing to help. In spite of multiple attempts — even at world governmental levels — to standardize the two main global gestural languages, the two have stubbornly resisted, claiming technical difficulties.

Not helping matters is that AlphaGoog’s system uses different technology: ultrasound emitted and heard by multiple devices around the home such as smart speakers, screens, smart glasses, and even old-fashioned phones. The system uses echoes to triangulate and understand both large and fine motor movement and enable homeowners to customize their environment.
The company claims to have over five million vistas, including thousands of livestreams, in its extensive global library.

“It’s an unfortunate situation, and we feel really bad that Mr. Black chose Baidu’s technology,” an AlphaGoog representative told me. “If he had selected Android Ambient, the built-in AI would have detected that Ms. Franklin’s height, size, and shape are significantly different than Mr. Black’s, and the system would have required a higher, audible level of confirmation for a trade so large.”

Baidu said something similar, suggested that Black had disabled several security protocols to speed trade requests. Hour traders like Black often made dozens if not hundreds of trades each hour, making small fractions of money on each transaction.

Personal trading is a requirement in the U.S. now, of course, since the anti-technology Fair Investing Act of 2027 limited the use of automated systems and AI agents in stock and currency trading.

The only good thing in the whole scenario?

Black doesn’t blame his friend Becky for the disaster.

“I don’t boast about it a lot, but I’m a seriously hot-stuff trader,” he told me.”I’ll pick up a gig with one of the family private wealth foundations and be solvent again in half a year.”

“This is only a minor setback.”

Black may be solvent sooner rather than later. His lawyer says that Baidu “failed, according to their own terms of service, to provide adequate security of verification prior to the sending of the execution for the Bitcoin trade.”

If successful, Black could recover all or part of his lost funds.